Fish and Chips is a classic English dish. More than 229 million portions of white fish fillets are sold each year in England, each one coated in a light batter, deep-fried and served alongside fat-fried potato slices (chips).

Chips (French fries or pommes frites) were actually invented in Belgium, although the French, not surprisingly, dispute the claim.

So you can imagine how excited I was to see that the Belgian restaurant Bruxx were offering ‘Fish and Chips’ on the Wolt app. 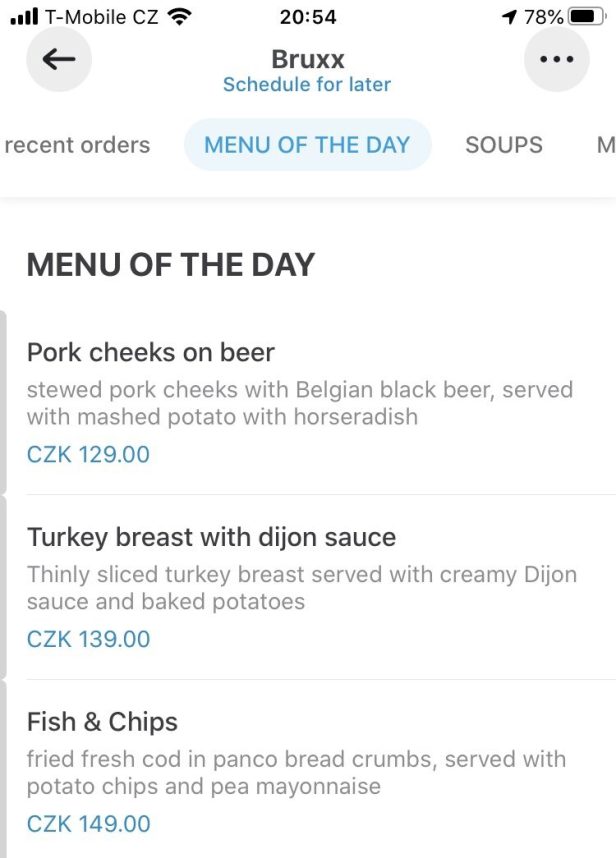 And 149 Kč seemed like a good price – I ordered two portions, without thinking to read the smaller description underneath the title – after all Fish and Chips is a classic, known the World over and with chips invented in Belgium, I was looking forward to a great meal. 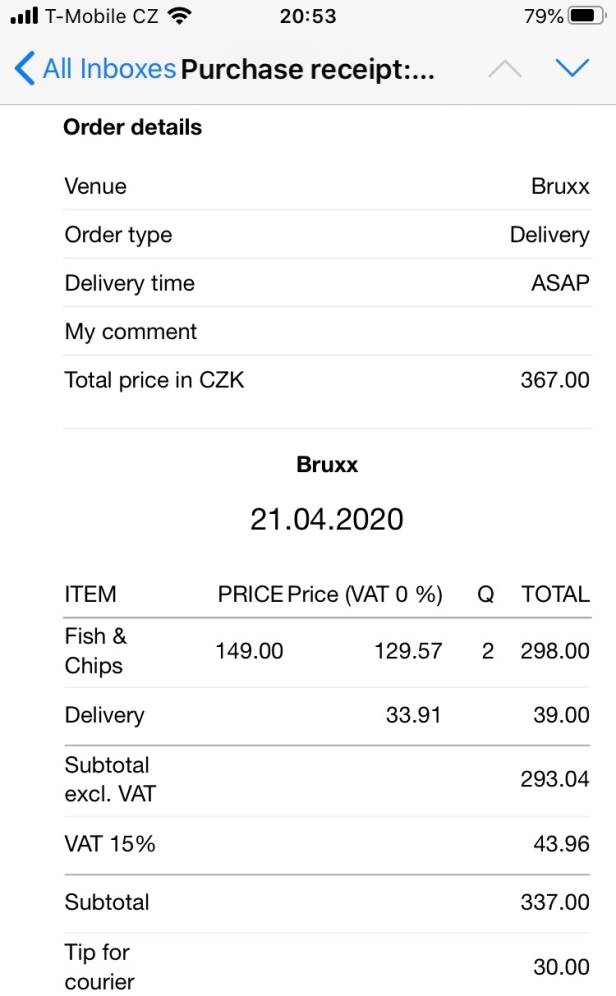 Thirty minutes later and Wolt delivered. The Bruxx food containers are always quite snazzy. I opened the container and found that Bruxx had decided to interpret this classic dish and substitute crisps for chips. And yes I know that chips in Czech and US English means crisps – but really WTF? 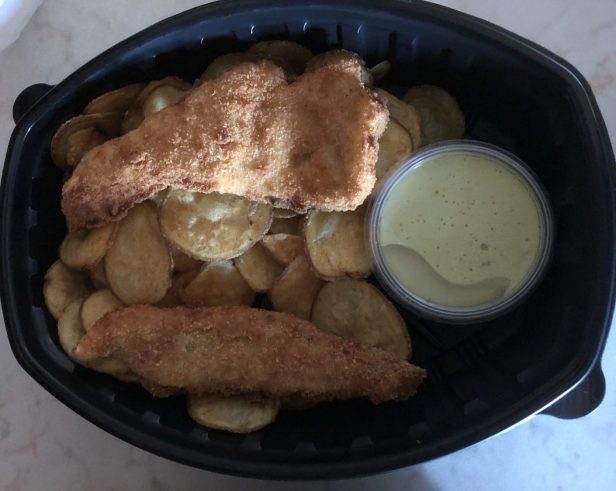 I removed the pea purée and upturned the container onto a plate. 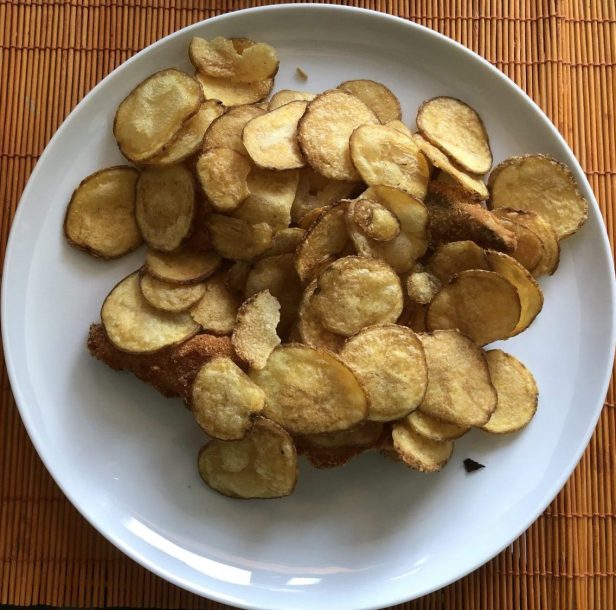 The fish, when found, was actually pretty good, as was the pea purée. The crisps were reasonable crisps, but definitely didn’t belong.

The Wolt app asked ‘How was your meal?’ – I chose ‘Terrible’ and that triggered a response from Richard at Wolt. I explained the issue and he said he’d discuss with Bruxx. Today, I received this reply:

Restaurant replied that in the menu there is written correctly. But If you will ever walk-by Bruxx, they would love to invite you for free homemade fries.

That’s not really an acceptable response as the original dish was ruined. To add insult to injury it seems they are able to produce ‘homemade fries‘, just unable to match them with the fish.

Update: Wolt have since credited my Wolt account with 149 Kč which is equivalent to one of the Fish and Chips.

Just in case you’re wondering if the Wolt automatic translation function caused this issue – here is the original. 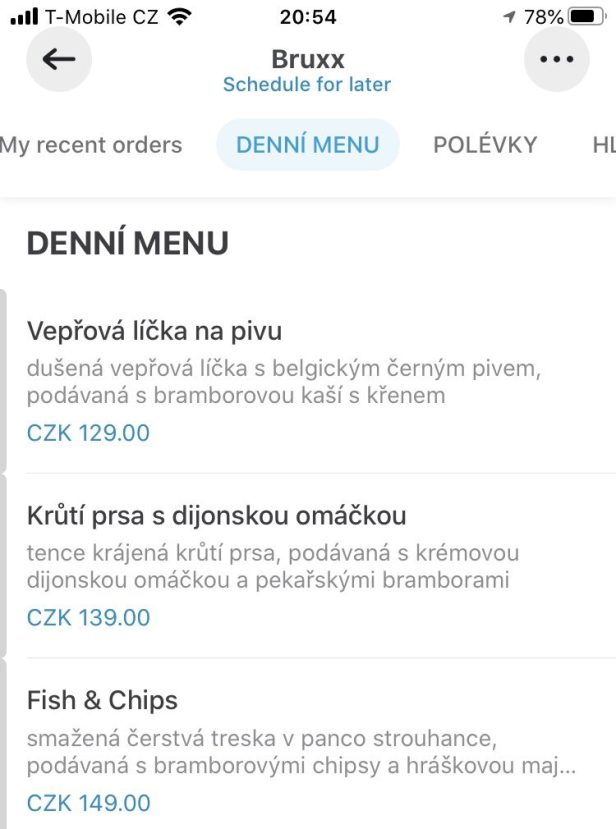 If you call a dish ‘Fish & Chips’, nobody should need to read the small print – well except that in the newspaper in which the dish is often wrapped!

I wonder what classic dish Bruxx will next reinterpret? Here are some ideas for them:

I rated several restaurants a few days ago here: https://thepraguereview.com/2020/04/14/my-prague-food-deliveries-which-restaurant-was-best/ and wrote this about Bruxx:

Bruxx could have easily been the best from this list. Their packaging was really good (although plastic) and the food was amazing. However, we then ordered two Boeuf Bourguignon (235 Kč x 2) a few nights later and although tasty, the dish wasn’t a Boeuf Bourguignon.

The Fish and Chips farce means that I need to change that rating as follows: