Some street-art, Star Wars fans decided that one of the exterior air vents of the Folimanka Nuclear Fallout Shelter (Pražský kryt Folimanka) needed a makeover.

If you exit the bunker, turn right into Folimanka Park, then climb a long series of steps, you’ll finally arrive at the location. 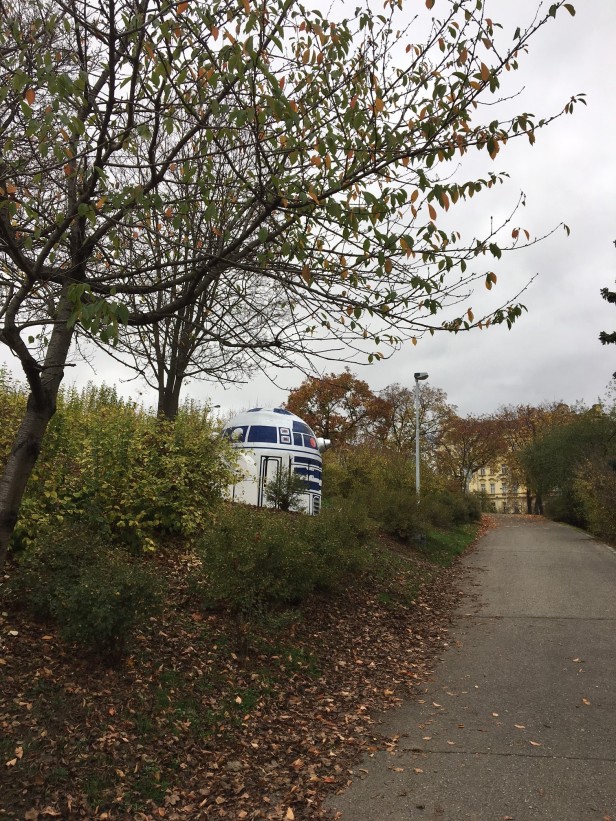 If I’d have known exactly where it was before I climbed the steps, I would have taken the tram to Bruselská then followed Lublaňská street into Folimanka going left at the parking lot on the path that curves around into the park. 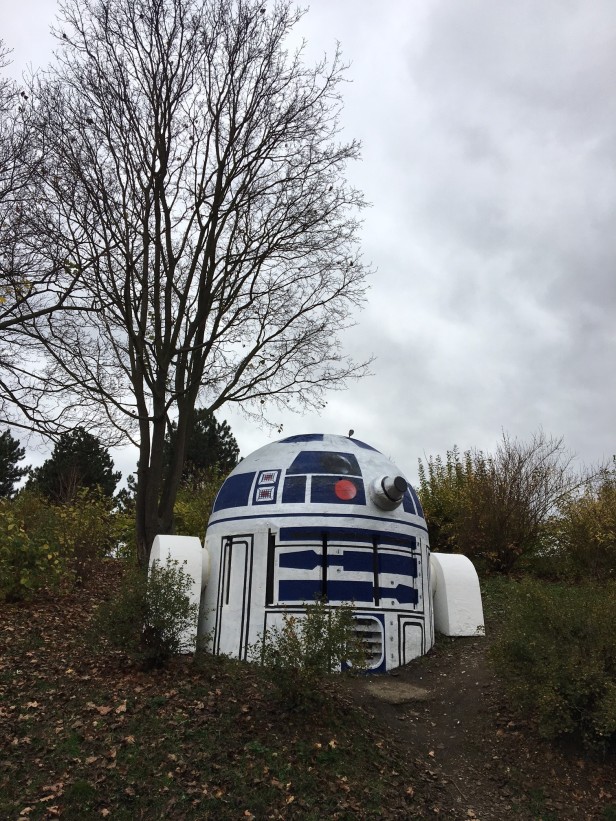 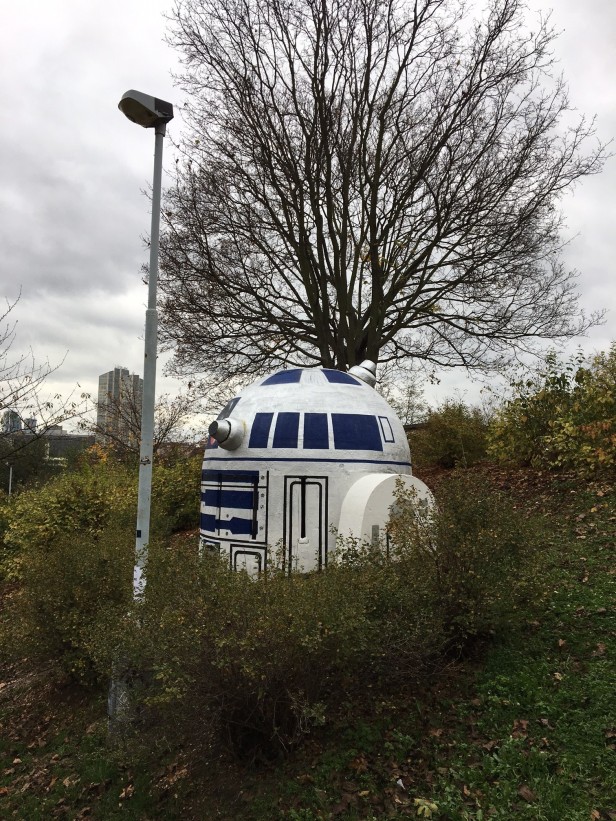 I’m not really a Star Wars fan, but it looks pretty good and this must have be planned as the two arms weren’t previously part of the bunker vent.

Latest news is that the Mayor of Prague 2, Jana Černochov has decreed that R2 can stay and won’t be painted over The Mayor said:
“We do not support illegal graffiti, but we like the decor on this unsightly shaft. Where else should this robot be, other than in the part of the city that is so associated with the author of the term, Karel Čapek ?”

For those who don’t know, Karel Čapek  wrote a 1920 play ‘RUR’ or ‘Rossum’s Universal Robots’. He later credited his brother, Josef Čapek as the person who invented the phrase – well took it from an old Church Slavonic word, robota, for servitude, forced labour or drudgery.

6 thoughts on “R2-D2 appears on top of a nuclear bunker in Prague, Czech Republic”