There are several Asian restaurants along Petrská street, just a short walk from Bílá labut in central Prague – at least three are Japanese. We tried Engawa and were pretty disappointed.

The restaurant was empty when we arrived at 7.30pm. 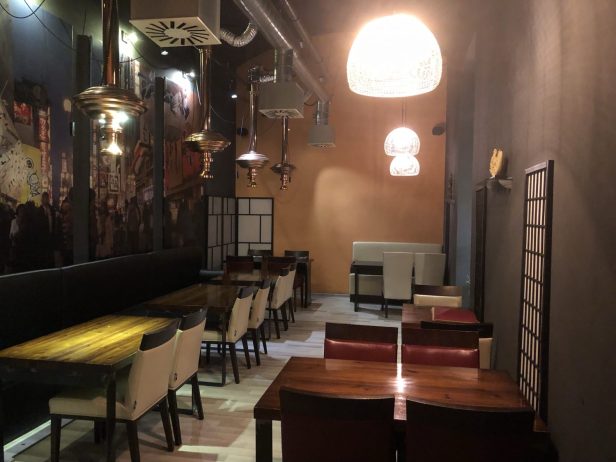 In contrast, the nearby Hanabi was already packed, This despite them not re-painting their exterior. I did notice their menu included an unlimited carafe of tap water for 50 Kč.

Similarly, the ever-popular Sansho was full inside. This despite the set degustation menu remaining virtually unchanged for several years. 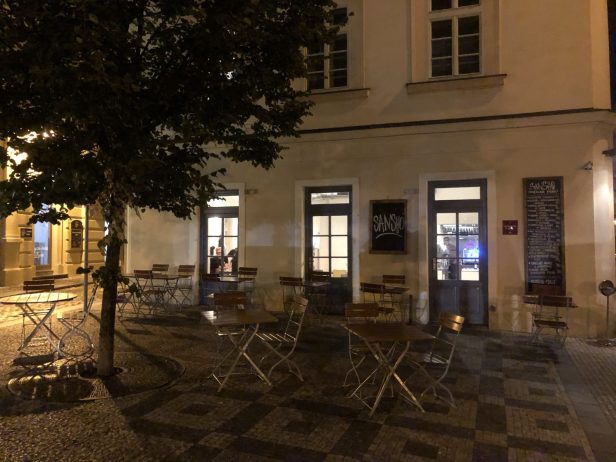 Okay, back to Engawa…

There appeared to be one waitress/manager and one young chef.

I asked for a glass of wine and was informed they had a choice of Czech or French. I chose French and was pleasantly surprised that this mystery wine (a reasonable 99 Kč for 0.15l) tasted okay. We also ordered a pot of green tea (89 Kč which confusingly appeared on our bill as jasmine rice). I asked for a carafe of tap water – our waitress advised that they didn’t offer this and the only option was a 0.75l bottle for 89 Kč.

The menu has several set course options with an average price of 1500 Kč per person. These seemed like an expensive option and we didn’t want that much food. We just ordered from the regular menu.

We started with tuna sushi roll (Tekka Maki 149 Kč). The presentation and taste were good.

Next some pork gyoza (169 Kč). These were good, although the salad leaves looked a bit tired.

Next, two Yaki Tori grilled meat skewers each. One chicken (99 Kč per skewer) and one beef (159 Kč per).

We also ordered mixed grilled vegetables to share (119 Kč). The vegetables were a complete rip off as you can see from my plate below. More tired salad leaves were included.

The meat was pretty tasty and beef tender, although I think each skewer should have four pieces and not three.

Our final course was fried spring rolls, one each (129 Kč). These were a strange shape, but tasted okay. 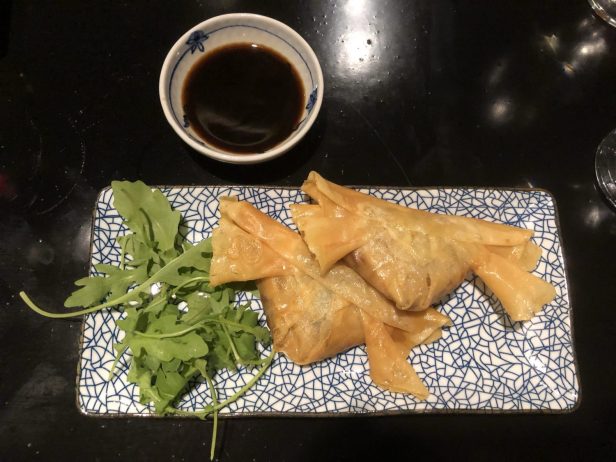 During our time in the Engawa we were plagued by tiny flies, which to be fair are everywhere this time of year – but there seemed to be more here. One of our sauces was delivered with a fly already in it – they quickly replaced it.

The total bill was 1458 Kč without a tip. I just left 1500 Kč because of the lack of tap water, mixed vegetable rip off, tired salad leaves and flies.

As you can guess, I wouldn’t recommend Engawa. It’s no surprise the place is empty while the competition nearby are full.