Sumi Garden opened in December 2019, but we didn’t get to try it before the lockdown. We decided to go for lunch last Sunday 19th July 2020. The staff were friendly, the food was excellent, the Prosecco and water overpriced.

I’d normally use a picture of the restaurant as a featured image. However, the exterior of Sumi Garden is quite plain – maybe in the evening they light the lanterns inside and it becomes more inviting.

We ordered a litre of tap water (50 Kč,) a glass of rosé Bardolino (115 Kč) and a Prosecco (149 Kč). The price for tap water, although I think should be free, would have been okay except they charged another 50 Kč to refill it. The Prosecco 54 Kč more than you’d pay sitting on the terrace at Cihelna overlooking Charles Bridge.

We were given hot towels and a nice little salad as an amuse bouche. 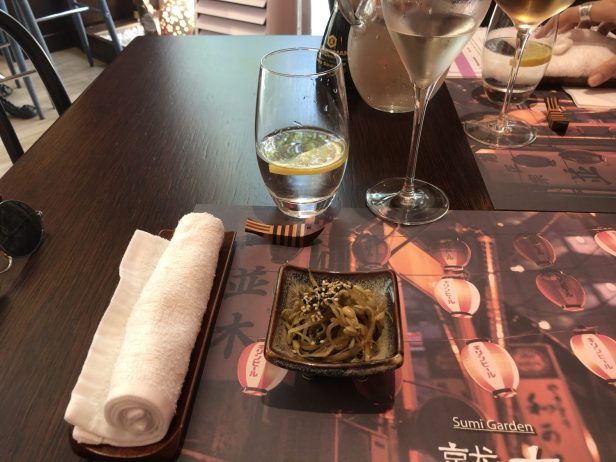 The interior is nicely themed. 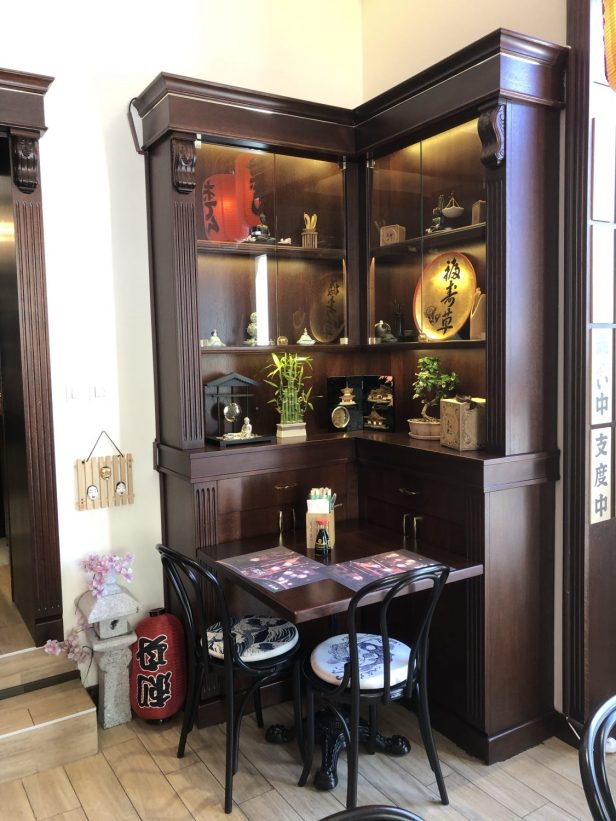 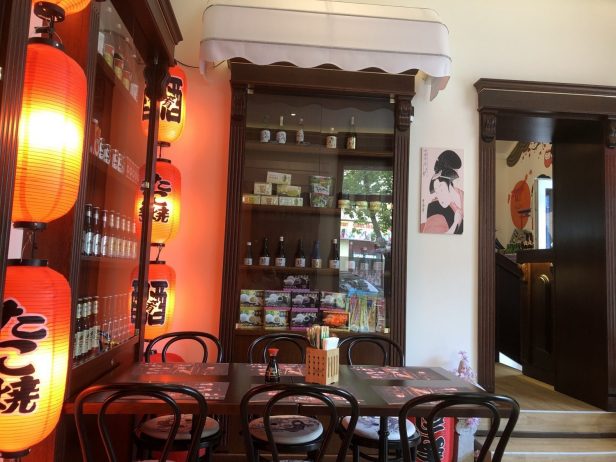 We then had some Maguro Tuna Maki (6 pieces for 115 Kč) and Xiao Long Bao -Steamed dumplings stuffed with pork and soy sauce (3 for 145 Kč but we ordered four and paid extra).

Everything was delicious so we continued ordering…

These two dishes were amazing – the Tako Yaki were reminded us of the street food stalls in Kyoto. If you only go for one thing, have the Tako Yaki.

I paid a visit to the (downstairs) bathroom. The stairs were an adventure that I wouldn’t attempt after too many glasses of Sake. I’m sure you’re looking at my picture and thinking, ‘I could easily climb those’ – well yes you could, especially if you’d had size 5 feet, or were a trained ballerina used to en pointe! 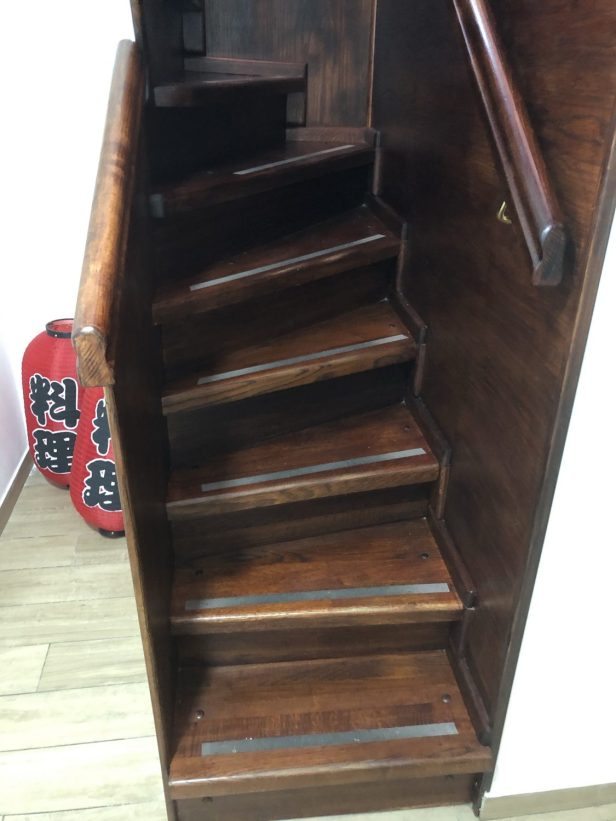 The total bill 1421 Kč – so a little expensive for lunch. 662 Kč of the total was for wine and water. And if you think you can avoid this by drinking beer, forget it – they have one of worst beers, Heineken, for 65 Kč a 330 ml bottle. It’s a pity because the food is amazing. I will go back for the food, but they need to make the drinks more affordable.

PS – It looks like they offer Bento boxes as a lunch menu Monday to Friday and that includes a glass of iced tea..