Salabka has only been open for a few months. The location is in the Troja area of Prague and is best reached by car or taxi. To be honest, we only made the trip from Vinohrady because we’d been given a voucher for 2000Kč – not by the restaurant.

There was some confusion as our taxi driver first found the entrance to the Salabka apartments, run as a hotel. The entrance to the restaurant is around the other side of the building and has a large car park. 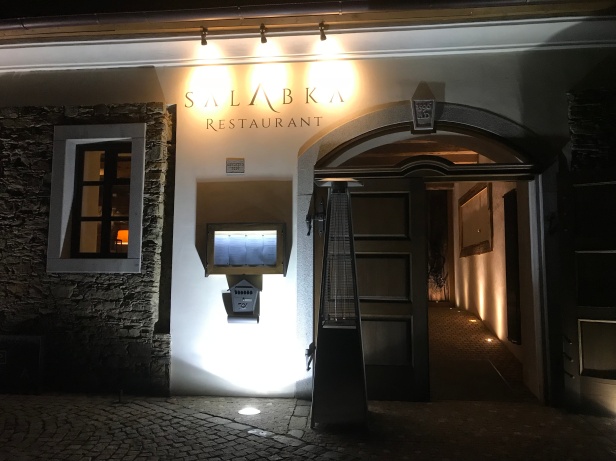 There is also a large vineyard and they produce their own wines. That rang some alarm bells as wasps love vineyards and I can imagine that customers on their summer terrace might suffer from these evil creatures.

The downstairs area was empty, but looked good. 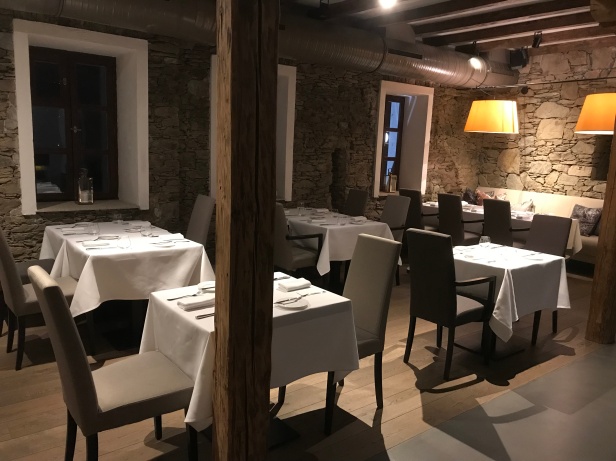 We were invited to climb to the first, mezzanine, floor. 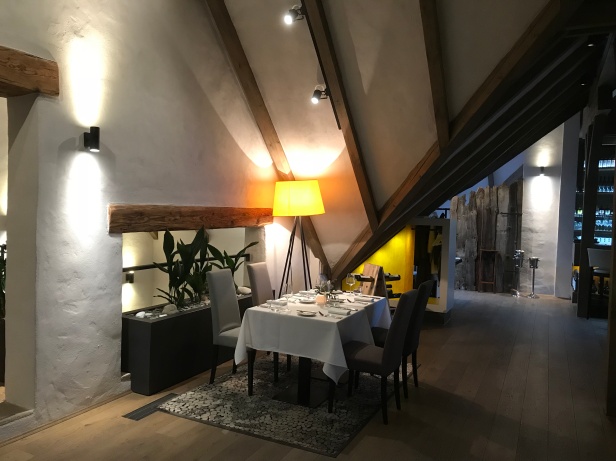 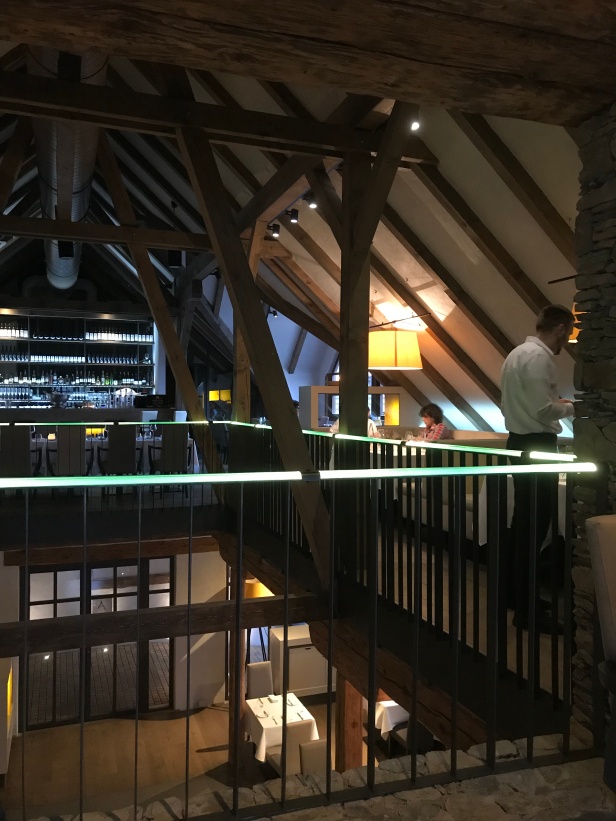 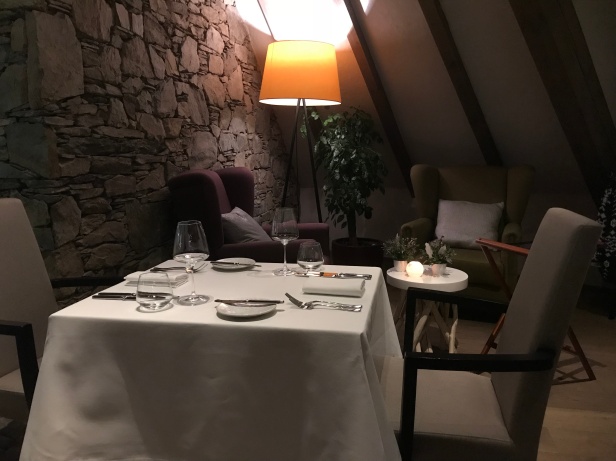 The main area had a section of tables, none were close together. It was clear that a lot of money had been spent on design and fixtures. The waiter was friendly and hung our coats in a nearby open-fronted wardrobe.

There were only two menu options; degustation (1650Kč) or three-course (1250Kč) menu. We chose the three-course menu.

The wine list didn’t contain any familiar favourites and was also pretty expensive. We decided to have the wine pairing (450Kč per person). The three glasses were all good, different from what we’d normally order and poured generously. All wines came from the Salabka winery.

Most dishes were served with some flair, with foams and sauces added after the dish was presented to the table. Everything was very professional. 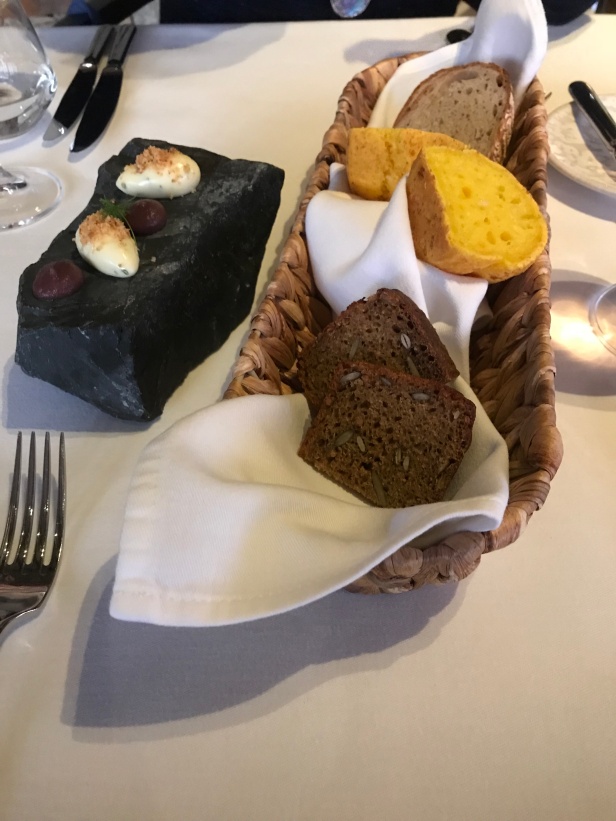 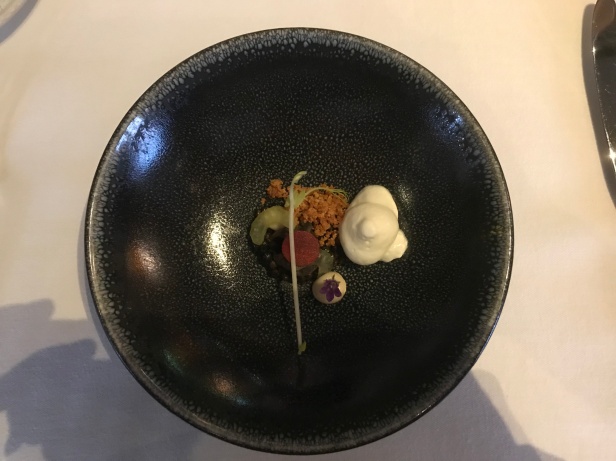 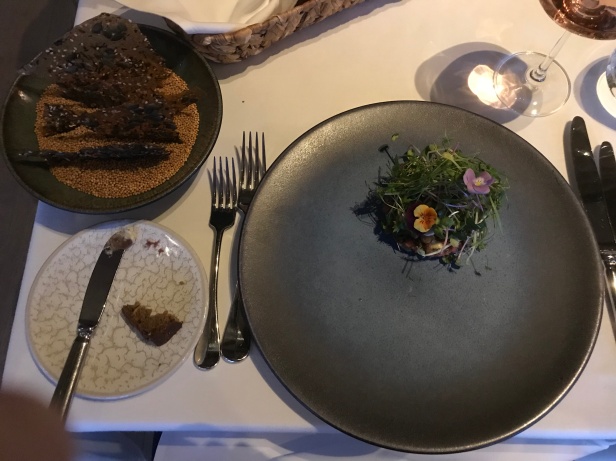 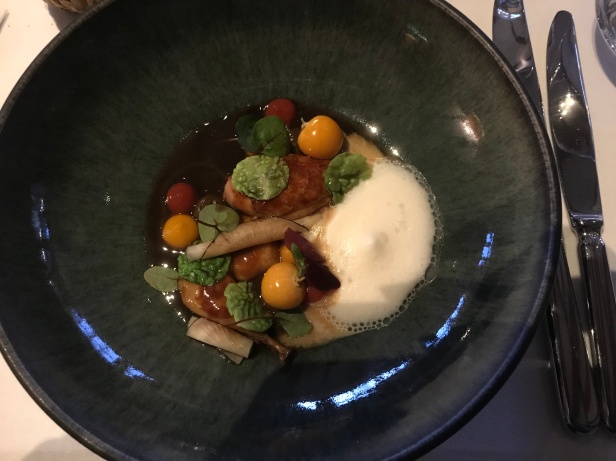 Mains (we both had the same) 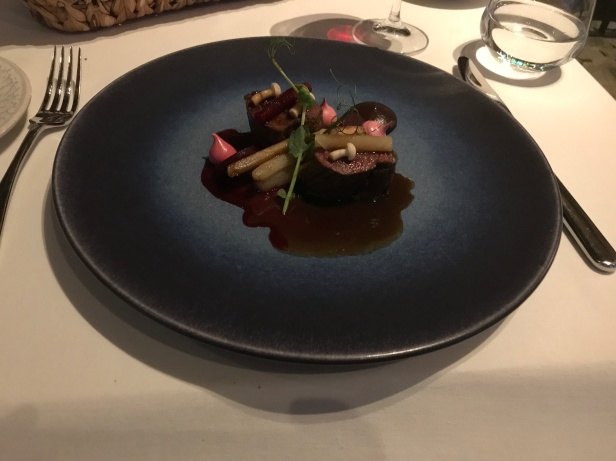 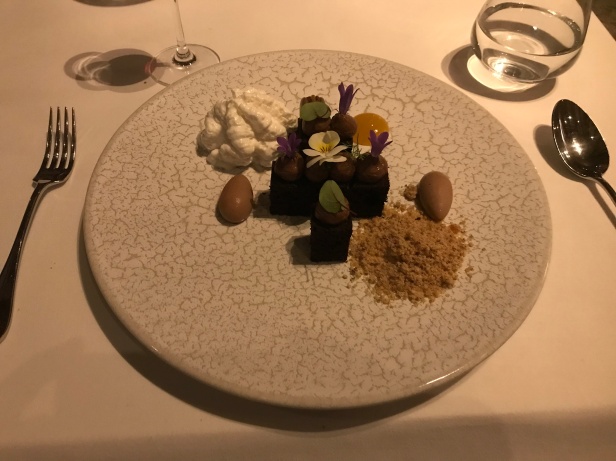 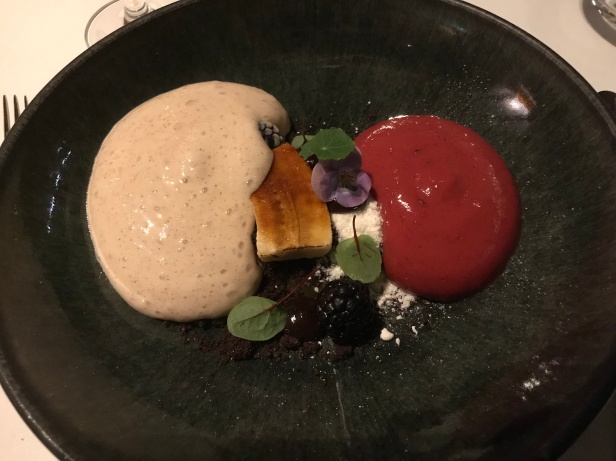 I wish I’d had the quail to start as the sample offered to me was delicious – whereas my wild boar tartare was a bit boring. The saddle of deer and puddings were excellent.

To finish: The most over-elaborately presented petit fours that I have ever seen – only the two chocolates were the edible part: 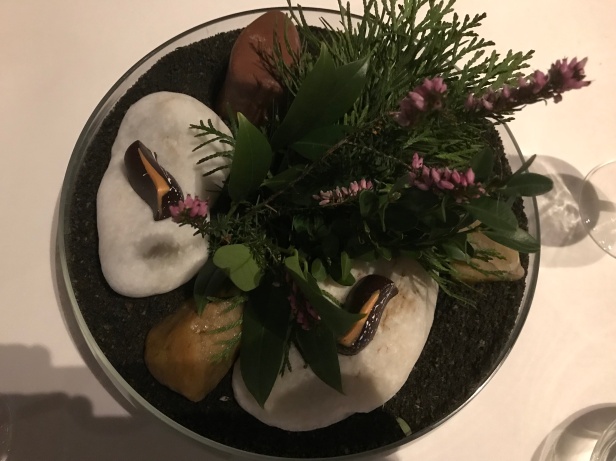 As you can guess, our 2000Kč voucher only covered four sevenths of the bill. We also spent another 500Kč on taxi fares.

The bathrooms were modern and spotless. Only paper towels were available and if Salabka is reaching for a Michelin star I think mini, mini hand towels are required.

Would I make a return visit? Probably not, but mostly because the restaurant is too far away. And while I applaud Salabka for making their own wine, I’d prefer that a reasonably-priced Malbec was available from the wine list.

However, if you are in the area or live in Troja and have at least 3500Kč burning a hole in your pocket, you won’t be disappointed.

We Found Marty! The Adventure Continues… 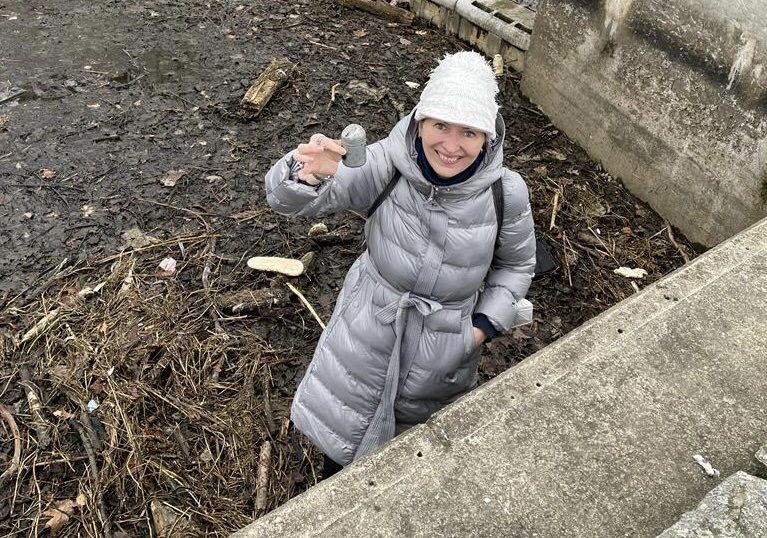