There was nothing at U kříže to show where to go. Luckily I was able to ask someone and they directed me.

The actual location was a small area in front of the Municipal Authority of Prague 8 building on U Meteoru 6. There was a stage area with audience seating; alongside that a few tents selling beer, noodles, cakes and Czech sausages. Behind the seating were several historic vehicles and a 1:1 replica of a Spitfire.

The Scottish bagpipe band performance started and although I wouldn’t listen to recorded bagpipe music, live bagpipes do add an atmosphere to military events.

Here’s the view from the other side of the stage, with an Austin 8 car and Spitfire plane in the foreground.

There was a board that could have been from 1945 or may have been produced for the event.

What I think was a Jeep.

What I know was a Jeep.

There was a cameraman and presenter from the Czech news channel CT24. I asked if they’d filmed the recreation of the assassination and she said yes and that it would be online – I posted that near the end of this article. 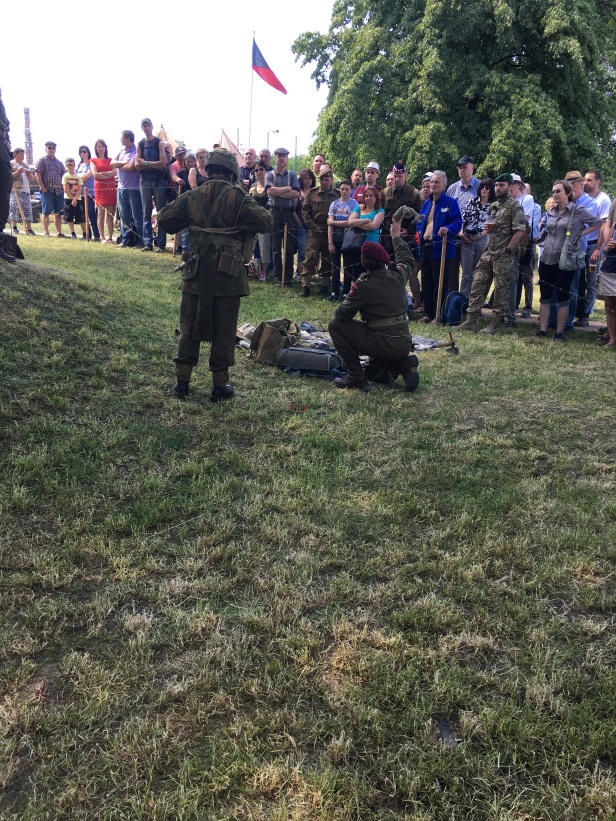 Then there was a demonstration by the Čsl. Independent Armoured Brigade. It was all in Czech and so I wandered around and tried to find the reconstruction of street scenes of occupied Prague. The Operation Anthropoid poster promised; streets and buildings will be themed; posters, tailors shop, newsagent, post-raid civil defence office of auxiliary of the German Red Cross. I suppose I was expecting too much, having been on movie sets where the budget allows for an entire street to be themed; each building with a façade.

In reality, there were a few posters, a wooden kiosk made to look like a news/tobacco shop and an entrance with some red cross theming. Also directly in front of this was a modern car, covered in a brown tarpaulin – I’ve no idea why this wasn’t moved. I was pretty disappointed. However, there were lots of people in costume they really brought the place to life: 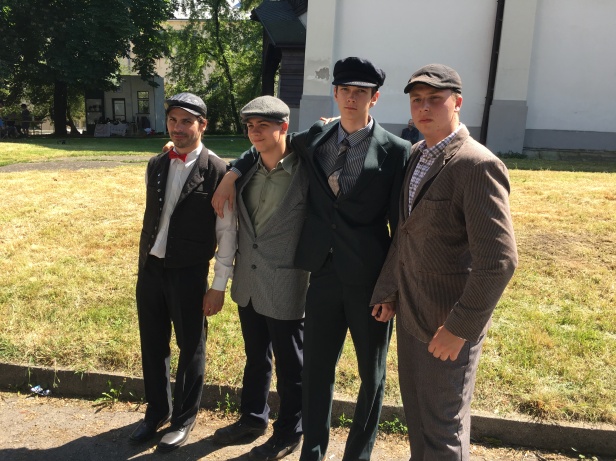 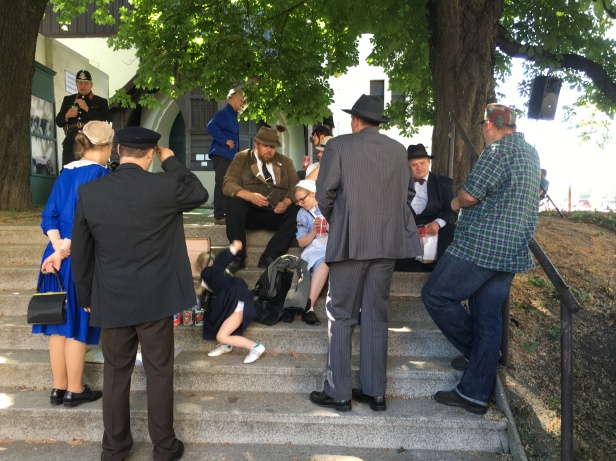 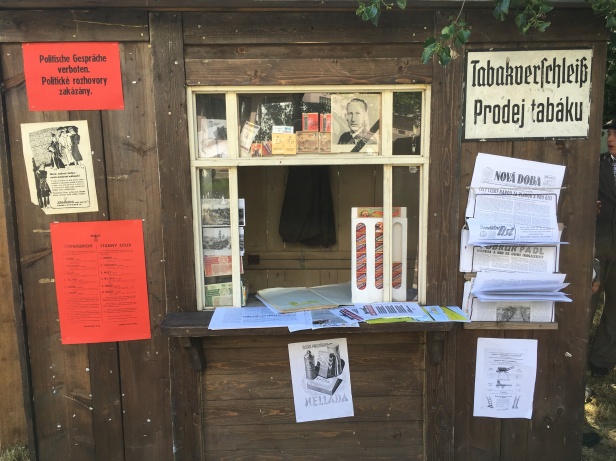 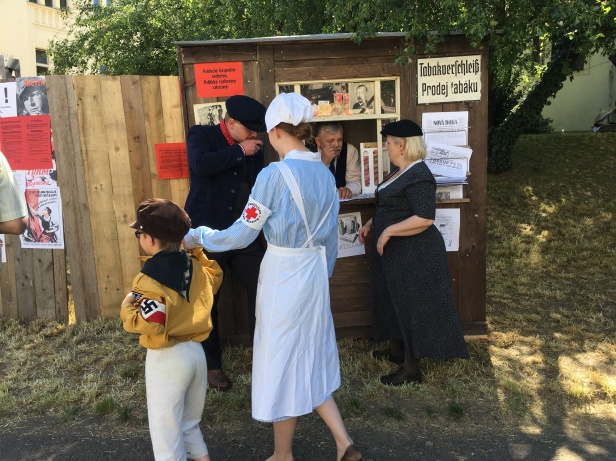 Just past the red cross was an SS Volkswagen Kubelwagen: 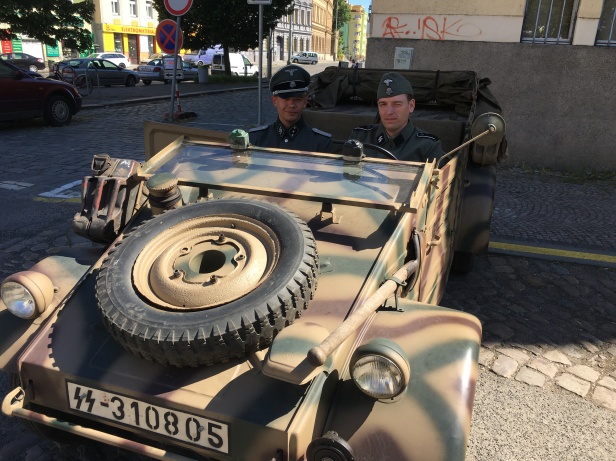 At 15:30 the costumed players began acting out scenes from life during the German occupation. There was a constant and, in my view unnecessary, commentary throughout – but the actors did a really good job:

You can see how that modern car completely trashes the scene. Here are two more videos – note that there is some simulated violence in both.

I didn’t have the memory space on my phone to film the entire sequences – I planned to find the CT24 film and share it, but I couldn’t find it. I’ll update this page if I find something.

I did find a CT24 video of the reconstruction of the military attack on Heydrich at U kříže – again an unnecessary commentary throughout:

Here is a news video that tells the history:

Lastly a picture of the Rebel Pipers taking a break: