The Midtown Grill is part of the Prague Marriott Hotel. The Marriott is opposite the Hilton on V Celnici street in central Prague. It’s been several years since we had brunch at the Marriott – that experience wasn’t bad, but was nowhere near as good as the Zinc Restaurant brunch in the Hilton. Both run an all-you-eat Sunday brunch with unlimited wine, beer, soft drinks and hot beverages.

A combination of the Hilton being full on Sunday 17th and that we will be at the Hilton brunch soon, meant that we booked the Marriott. It was much better than last time. Here is the entrance to the hotel:

The lobby had a large gingerbread house: 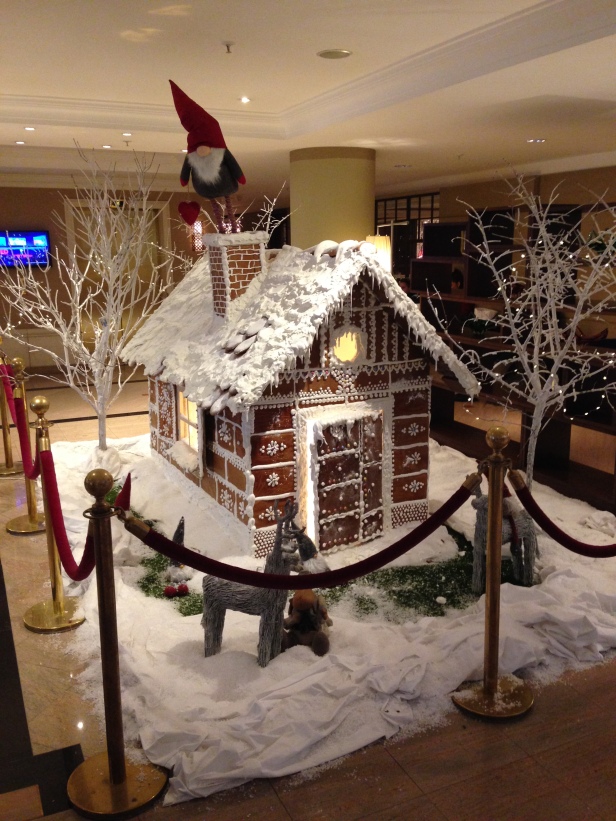 On our last visit, all the tables were in the main restaurant. This time the restaurant had been extended to include tables and some food options in the bar area: 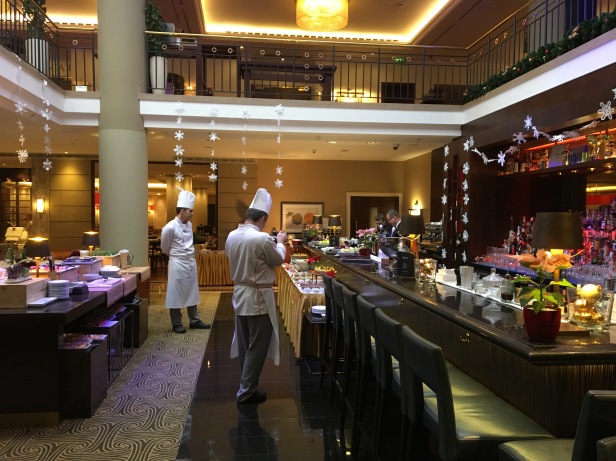 One thing the Marriott does better than the Hilton is large round tables. The Hilton restaurant is not set up for large groups and you end up in on a long table, often broken into 3s and 4s, which makes seating and conversations difficult.

Doors opened just after noon (Hilton is 12:30) and we were ushered to our large (for 8) people in the main restaurant. There isn’t a cloakroom as in the Hilton, but there were plenty of coat stands. The waiter was quick to pour us prosecco and they also had non-alcoholic sparkling wine which the Hilton doesn’t offer. Bottles of still and sparking water were already on our table.

The main buffet was still in a small bleak room and there were only a couple of hot dishes available, plus the carvery – something we didn’t like on our previous visit:

There were plenty of prawns and some oysters – but not half lobsters that grace the Hilton buffet.

In the bar/lobby area was a sushi bar:

There was also a pancake station and a large selection of puddings – being seasoned buffet visitors, we snagged the crème brûlées in advance as they are always the first to go. There wasn’t any traditional English Christmas pudding – that reminded me to ask the Hilton if they could put this on their menu and they said yes!

There was live music, but only in the bar area – so if you would like music, ask for a bar area table.

Santa visited tables, engaging both the adults and children:

All children were given a pack of sweets: 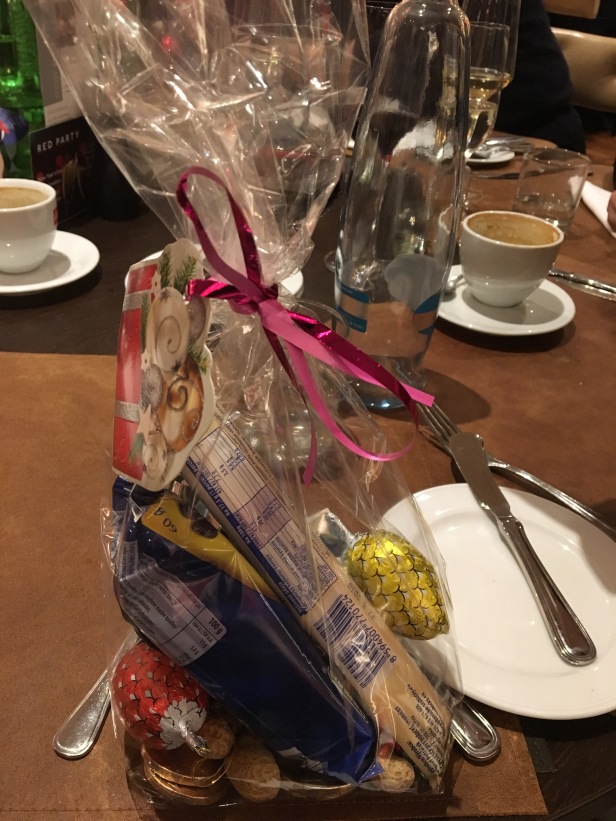 The carvery meat was still hot when I finally visited around 2pm: 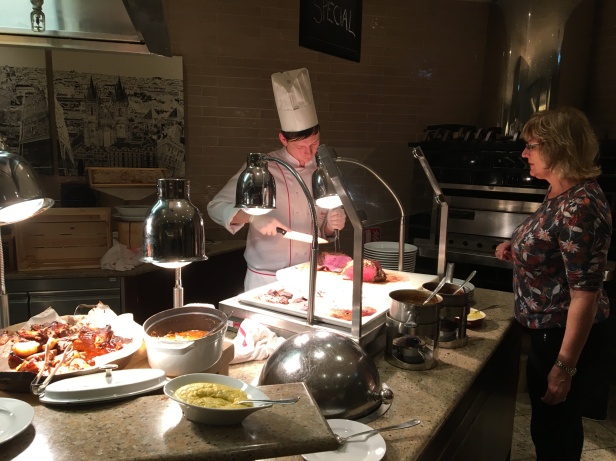 I’ve mentioned several times to the Hilton that their carvery meat goes cold, but it’s the same each year – this year they advised that the chef will make different arrangements.

The wine flowed freely. The food was all delicious. Everyone enjoyed their visit.

This was a much better brunch than our previous visit. I wonder if this was just a Christmas thing and that the standard brunch doesn’t extend into the bar. That would be a pity if all food was forced into the small buffet area.

We’ll be visiting the Hilton for brunch soon and I’ll review that, then create a comparison chart.